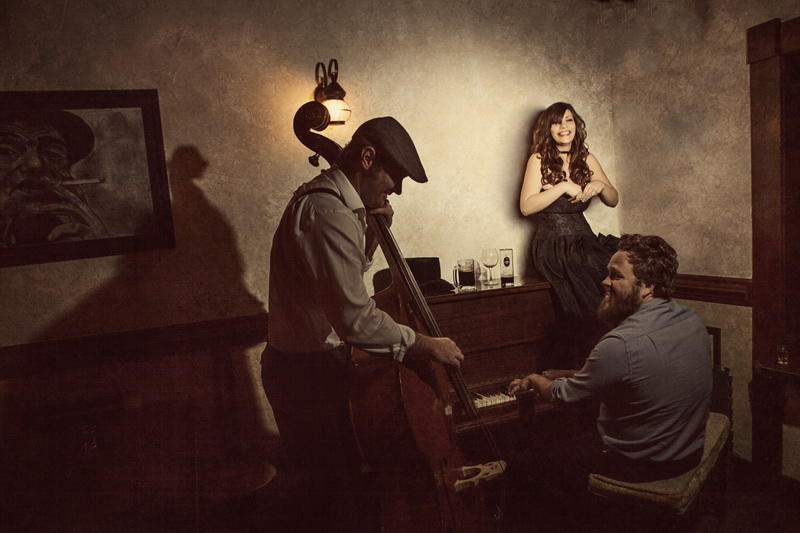 The Lowhills are an up and coming Americana/Roots Family band out of Johns Island with a sound that is a smooth mix of genres including Americana, Classic Country, Bluegrass, Swing and R&B. They also cover a wide range of Artists and styles as well including: Elvis, Hank Williams, Al Green, Roberta Flack, Frank Sinatra, Carole King, Bonnie Raitt, Van Morrison, Fleetwood Mac Ect.

The band members include Husband wife duo Matt and Lauren Bevins Cahill and lifelong friend and musical partner Joe Marlow. They can be a organic acoustic trio (guitar, mandolin and upright bass) or plug in with a drummer for a more electric funky sound.
Lauren Bevins fronts the band with smooth Norah Jones/Diana Krall  esque vocals and plays Mandolin and guitar. Raised just outside of Charleston she made a name for herself around town playing with various local bands and writing and performing as a solo singer/songwriter. She feels she has really found her home with The Lowhills.
Joe Marlow is the primary songwriter  for the group, a multi-instrumentalist he is most proficient and impressive on guitar.  Joe and Matt Cahill (upright bass, drums, harmonica and vocals) grew up together in Nashville as kids playing music together in school talent shows and gigs around town and as young adults in a rock band called The Tips opening up for big name bands like Foreigner.